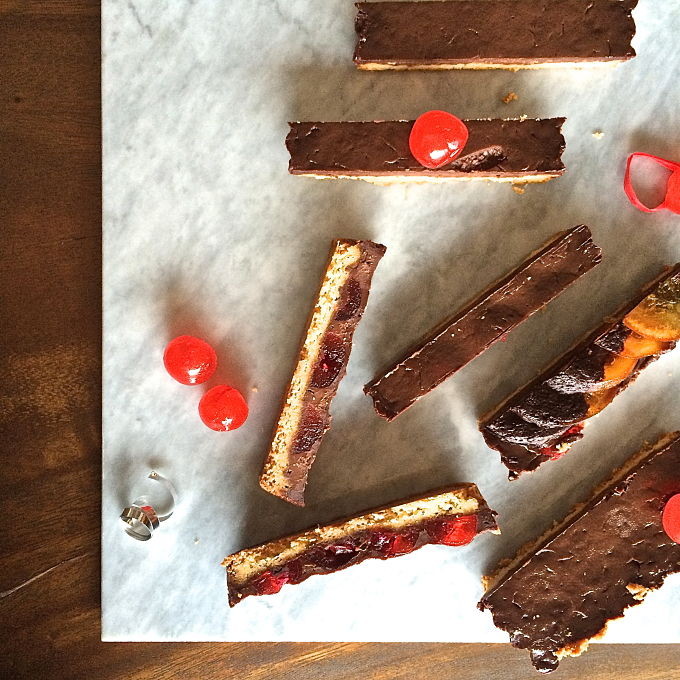 So speaking of Christmas… I still haven’t put my tree up… we had planned to but the weekend has been eventful and interrupted some of my domestic plans.. therefor, no tree… yet… hopefully tomorrow…

Like I said a couple of posts ago… we need to start figuring out our holiday menus NOW… it’s feeling like it’s a bit late as well… but i’m trying my best not to let the stress wash over me… it’s such a hectic time of year, the stress will come anyway but I’m really trying to hold it off for a while!

Now I know this looks pretty rough around the edges… I have always told you that I’m not a perfectionist when it comes to my kitchen skills..and it’s not because I turn my nose up at it… I just don’t think I can be really… firstly I enjoy the rustic, slightly mangled look of things I eat… I like them to look REAL, not like they belong behind a glass window in a museum… secondly I do not have a very steady hand… and I like to let things be out of place… it’s fine… I think that as long as it looks inviting enough to put it in your mouth, you should be happy with that… and I am, most of the time!

I was having lunch with my new found friend Suzan of foodieinbarcelona.com (great site by the way!) and our conversation obviously revolves around FOOD!! Doesn’t everyones!? So she told me about this amazing chocolate tart she just made and I proceeded to hound her about it the next day…So she sent me the recipe! It’s by Joanne Chang… I hadn’t heard of her before this so I read a bit about her…:

In 2000, she opened Flour, a bakery and café, in Boston’s South End. Flour features breakfast pastries, breads, cakes, cookies, and tarts as well as sandwiches, soups, and salads. In 2007 she opened a second branch of Flour in the Fort Point Channel area, in 2010 a third branch in Cambridge near MIT and Central Square, and in 2013 a fourth branch in the Back Bay.

Flour has been featured in Gourmet, Food&Wine, Bon Appetit, the New York Times, Conde Nast Traveler, Lucky Magazine, Inc. Magazine, and Boston Magazine and has received numerous Best of Boston awards. Flour was also featured on Throwdown with Bobby Flay on the Food Network in which Joanne’s sticky buns won over Chef Flay’s.

You can read more here:http://flourbakery.com/team/joanne-chang

This is such a simple, beautiful tart… really, it’s so basic actually, but if you use GREAT quality ingredients, every single ingredient just shines through.. I honestly believe that when you are making something like this, you must go out of your way to ensure that everything that goes into it is SUPER quality! I put this baby together at 8pm on Friday night… a slightly rushed job I have to say, but it needed to be done in order to have a dessert that very night… which is why it doesn’t look so polished… but hey it tastes AMAZING!

See the crumbly texture of the paté sucreé? it should be light and airy and have a crunch… mine was ALMOST perfect… I rushed the chilling processes slightly as I was in a hurry to get the tart ready in time to devour it after dinner… such gluttons we are!!! here’s the recipe.. I have not adapted it at all, the only changes I made were to put these candied fruit in as I said, but in the original recipe there is no fruit at all so I’ve left the fruits out.. you can add them in if you wish… all you need to do is place them on the baked tart shell before you pour the chocolate filling over it…

Seeing as this tart can probably keep well for about 3 days I would say, it’s a good one to have in your Christmas repertoire… Thank you Suzy…. this is a keeper!!!

We use cookies on our website to give you the most relevant experience by remembering your preferences and repeat visits. By clicking “Accept”, you consent to the use of ALL the cookies.
Cookie settingsACCEPT
Manage consent

This website uses cookies to improve your experience while you navigate through the website. Out of these, the cookies that are categorized as necessary are stored on your browser as they are essential for the working of basic functionalities of the website. We also use third-party cookies that help us analyze and understand how you use this website. These cookies will be stored in your browser only with your consent. You also have the option to opt-out of these cookies. But opting out of some of these cookies may affect your browsing experience.
Necessary Always Enabled
Necessary cookies are absolutely essential for the website to function properly. This category only includes cookies that ensures basic functionalities and security features of the website. These cookies do not store any personal information.
Non-necessary
Any cookies that may not be particularly necessary for the website to function and is used specifically to collect user personal data via analytics, ads, other embedded contents are termed as non-necessary cookies. It is mandatory to procure user consent prior to running these cookies on your website.
SAVE & ACCEPT