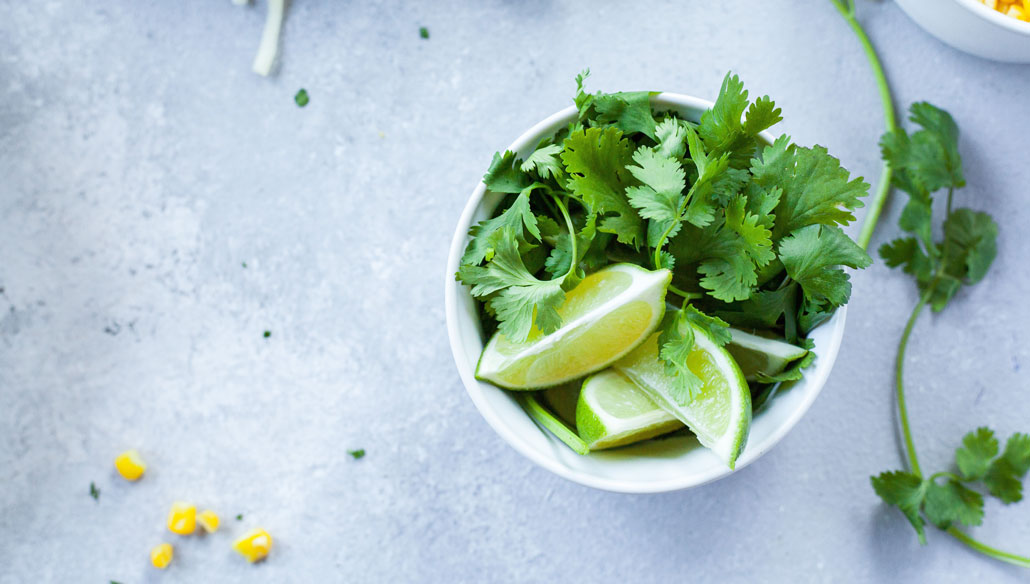 These small round seeds have a lovely citrusy and woody smell with floral hints. Their woodiness complements other spices beautifully. Coriander can be incorporated at the beginning, in seed form, as well as at the end of a dish, in powdered form. Apparently, coriander was cultivated for millennia by the ancient Greeks, and was used both as a spice for its seeds and as a herb for the flavour of its leaves.

How You Can Use Coriander

Coriander is used extensively in Latin-American and Mexican cuisine, and you’ll also find coriander in a lot of Indian cooking, where it’s used as one of the spices in the many curry dishes. Toasting the seeds before use allows their flavour and aroma to be released. Then, you can grind the seeds in a spice grinder or pestle and mortar, and use, as in the recipes of this book. It is also a great ingredient in marinades for fish and chicken, or try adding a teaspoon of chopped coriander leaves next time you make guacamole; I use it in its fresh form all the time!

Want to join the discussion?
Feel free to contribute!